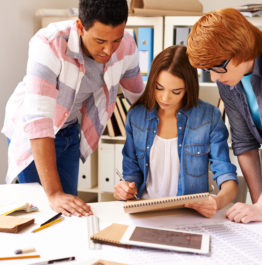 Together, Students Can Have an Impact

On November 9th, 2016, on a cold, fog-covered, rainy New York day, I hesitantly walked through Washington Square Park to attend an NYU course called Social Justice and Rights Movements: Let Them Lead the Way. Hillary Clinton had, only hours previously, phoned Donald Trump to concede the 2016 presidential election and I expected a classroom almost empty of students, with those in attendance sad and speechless.

One of the fears of a Trump Presidency is a feeling that, now, nothing can be done to protect social justice and the environment. That the President will build his wall, stop providing asylum to refugees, cut humanitarian aid spending, take away women’s fundamental rights, and facilitate the revival of a divided, violent, racist, society. While the next four years are likely to be full of shocking moves by the President, what I found on that day was not an impending sense of doom.

In contrast, I entered a classroom with group of twenty year olds who, for the first time in their lives, understood the need to mobilize and take action; to get in the streets and make their voices heard. Faced with a tyrant, there was a sense of unity, a willingness to cooperate, and a desire to collaborate to affect positive change.

All across the country there are active young people and individuals who are leading meaningful initiatives that are having a real impact. Students I know are effectively raising awareness about sexual assault, battling gender discrimination in banking, brining attention to the negative impacts of volunteer tourism, tutoring Syrian refugees online, designing innovative air filtration devices that fit discreetly in a nasal passage, and fighting for divestment from fossil fuels. We cannot forget the ability that each person has to take on problems—to develop solutions—and now, more than ever, people need to be aware of what they can do to contribute to a better world.

On February 24th, Frederik Obermaier and Bastian Obermayer, two of the journalists of Süddeutsche Zeitung that investigated the Panama Papers alongside 107 other media outlets wrote in The Guardian. Their message was to journalists across America, to “unite, share, and collaborate.” When the media works together, as they did to unveil the swathes of corruption across the elite classes, they can make a real and sustained impact.

This is why, on April 10th, 30 student newspapers from across the United States, and around the world, will share stories about students at their universities with innovative solutions to problems as part of Impact Journalism Day Universities. This event, which aims to shed light on the concrete steps that young people can take to address pressing issues in society, their communities, and their campuses, will also bring attention to the important work of student journalists.

It will show that together, the media can inspire action and effectively create positive change.